How To Support Independence In a Child?

Independence doesn’t happen overnight. It needs to be supported and nurtured. Find out what you can do as an adult to develop the child’s independence.

I mentioned in the previous article that I would come back to you with ways in which we as adults can support the child’s independence. Here they are!

Independence isn’t a given, that appears and develops on its own, without a proper medium and without being nurtured. Waiting for it to appear, without creating opportunities for it to bloom is like waiting for a plant to bloom from a seedless soil.

To many, however, independence, defined as: now you can go to school, you can eat on your own, you can face problems on your own, you can face challenges and frustration, is something that appears at a specific moment, one that is especially convenient to the adult. In other words, a school-aged child is expected to do on his own things that require involvement, motivation, concentration, resilience, self-trust. Because such is life, that’s the way things go, because you have to and the list can go on.

What we don’t ask ourselves too often or something we should be aware of earlier on is: what am I doing or what have I done to nurture these qualities in the child?

I have expectations, wishes and requests regarding the child in front of me, I want him to develop beautifully, but how much have I helped him develop certain skills that will be useful to him throughout his life? How much have I nurtured independence and how much have I been in its way, because it was more convenient or because I thought there’s plenty of time and he will grow, therefore he will be capable of so many things?

So, how can we, adults who have a crucial role in the development of every child, help him acquire independence and support him on this path?

Shortly, there are 2 major steps:

2. Create the right setting for him to develop abilities that will lead him on the road to independence.

Don’t do for the child what he can do on his own.

This advice is pretty self-explanatory, since it doesn’t seem to require much explaining. So, if a child can do something on his own, that mean that I don’t do that thing for him. Said and done, right? Apparently, this simple and clear message is one that raises a lot of problems and poses some challenges for the adult for many reasons.

Firstly, the adult, through his nature places himself on a superior position in relation to the child, just because of his life experience, that comes with various principles, happenings, skills they’ve developed and knowledge they’ve gathered.

It is very hard to get off our high horse and accept the fact that the child-adult relationship isn’t one defined by hierarchy, by superiority and inferiority, but it should be one based on collaboration, unconditional support and love.

Why do I say this?

Because you have to become aware of the position you place yourself in as an adult around the child, in order to be able to work on it and to try to accept that you are not superior to the child, you only happened to come into this world before him and you have the honor and great responsibility to act as his role model.

Once we work on understanding this, we can also accept that, although something that the child does isn’t perfect, or doesn’t reach our standards of efficacy and quality, it is still essential to his development process.

In order to get to do something well, he needs to practice and be accepted as he is in that moment, with the belief that he will improve and acquire new abilities and knowledge.

Only then, after scrubbing off some of our wisdom and arrogance, can we sit on a chair, patiently and supporting and watch him while he puts on his shoes for 10-20 minutes and accept that by the end of it, they’ll most likely be put on backwards. Then we understand that, although we know certain things, although we do them very well, that is in no way a proof of superiority, but only a result of time passing and repetition.

Secondly, unconsciously, we love so much the fact that this extraordinary human being depends on us and is bound to us and we want to prolong this period as much as we can, as we know that what comes after is a different stage.

So what do we do? Out of love and care, we do everything for the child, and we believe that this is good for him, protecting him for hardship. It is difficult to let the child do on his own even the simplest tasks, like dressing and eating and we do them for him, believing that he will have plenty of time to do it on his own later on.

The question is: what do you need in order to be successful at a new task you’ve never done before? Time, patience, support, motivation?

How would you feel if, at your new job, you got thrown in a task you’ve never heard of, but that comes with the expectation of you doing it perfectly? Probably, the word that comes to mind is panic.

That is what the child also needs in order to be capable of all those things you expect from him at a certain age. He needs time, practice, he needs your trust and support.

Yes, mom, yes, dad, it takes a while longer to pull up my pants; i cut this paper pretty unevenly; when I brush my teeth I mostly eat the toothpaste or I put it on my shirt; when I spread butter on my toast, I put too much or too little or next to it. But trust me, give me time to practice, show me how to do it again, gently and calmly and then let me try again. You’ll see that you won’t regret it and I won’t let you down, on the contrary I will learn so much!

In order to achieve independence holding on to our chair when we want to interfere isn’t enough, even though this is very hard and requires all of our resources. We also have to offer a right setting for the child to be able to do things on his own.

What does that mean?

A right setting to nourish independence has certain characteristics: 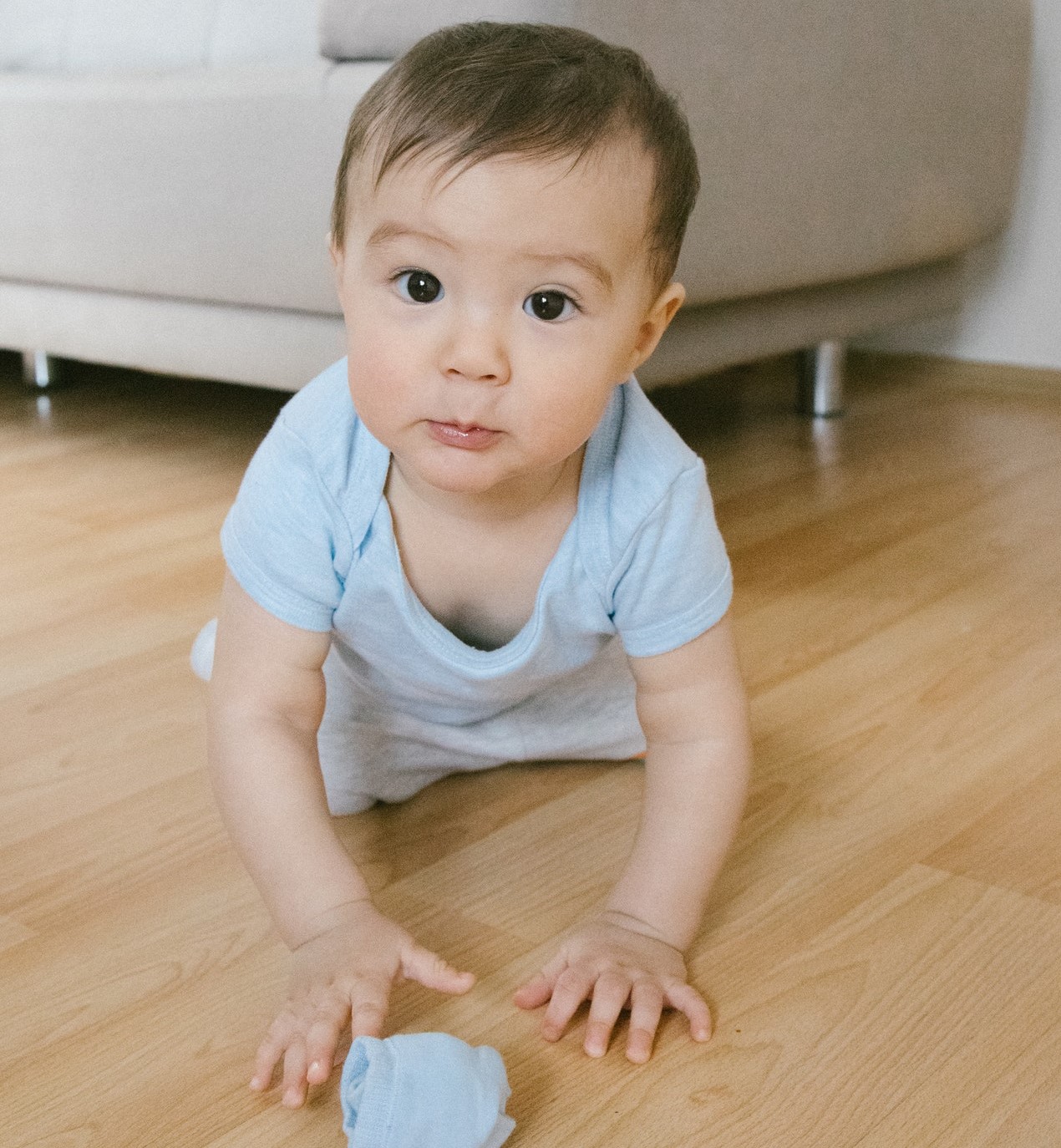 That means that the child can explore safely, without putting himself at risk and without making your hair stand every time he opens a drawer. That is up to the adult, since he has to remove as much as possible all accident causing elements, be them physical accidents, that hurt, or accidents that have to do with causing a mess.

It isn’t fair to get angry at a child for spilling paint all over the mahogany table, if when he asked to paint, we told him to sit at that table and we didn’t cover it with a protective sheet and gave him jars of too much paint.

We have the capacity to do forward thinking, in order to anticipate how things will go. Let’s use it also in preparing an environment that is both safe for the child and for our mental health. 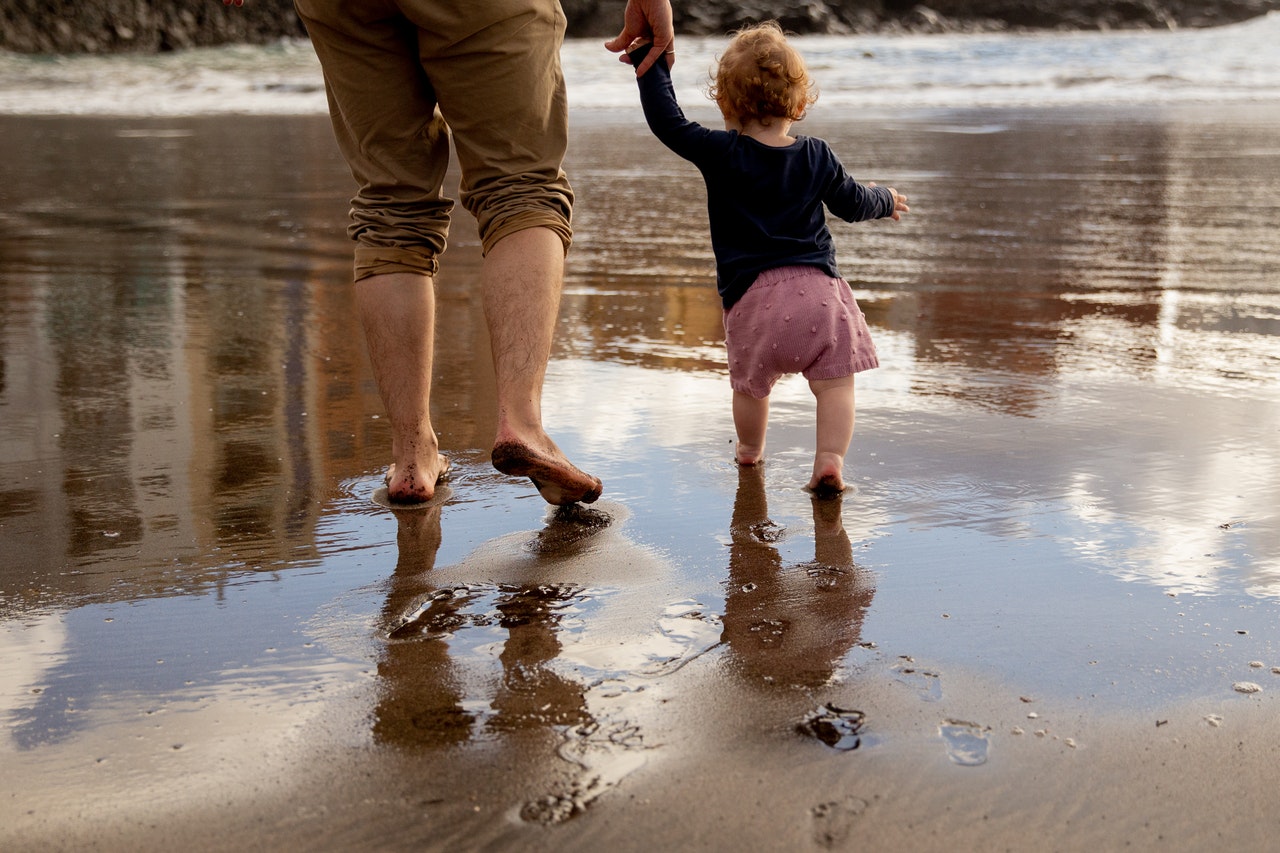 Photo by Tatiana Syrikova from Pexels

It offers support and trust

The way we respond to the child’s achievements and to his less successful efforts is so important!

That is where he gets so much of his feedback, it’s where he builds resilience, tolerance to frustration and initiative. If, when he does something on his own, the adult is always criticizing, saying things like: Not like this, I’ve told you so many times, What don’t you get?, Wrong, You can’t do anything right, the result will probably be that he will not try again. He won’t trust himself, he’ll have a low self-esteem and a strong inner anger.

At the other end is the constant praising, exaggerated reactions, often based on nothing: Bravo!, Well done! You’ll get a kiss for this! The child will always depend on an outside feedback to know he’s doing something well, he will look for approval from others, he won’t trust the results of his actions, unless he gets confirmation and he won’t be able to handle situations in which others won’t be be praising him for simply doing a task that was his responsibility.

So what do we do then?

There’s no magical recipe, but when the child does something on his own, try to show your support after he’s finished, so as not to ruin his concentration, through positive affirmations focusing on the process, that talk about what he has done and though encouragements when he lacks motivation or wants to give up. Shaming, screaming and criticizing definitely don’t help. What does help is a constructive feedback, that values his work and that focuses on process and the work put into achieving the result. 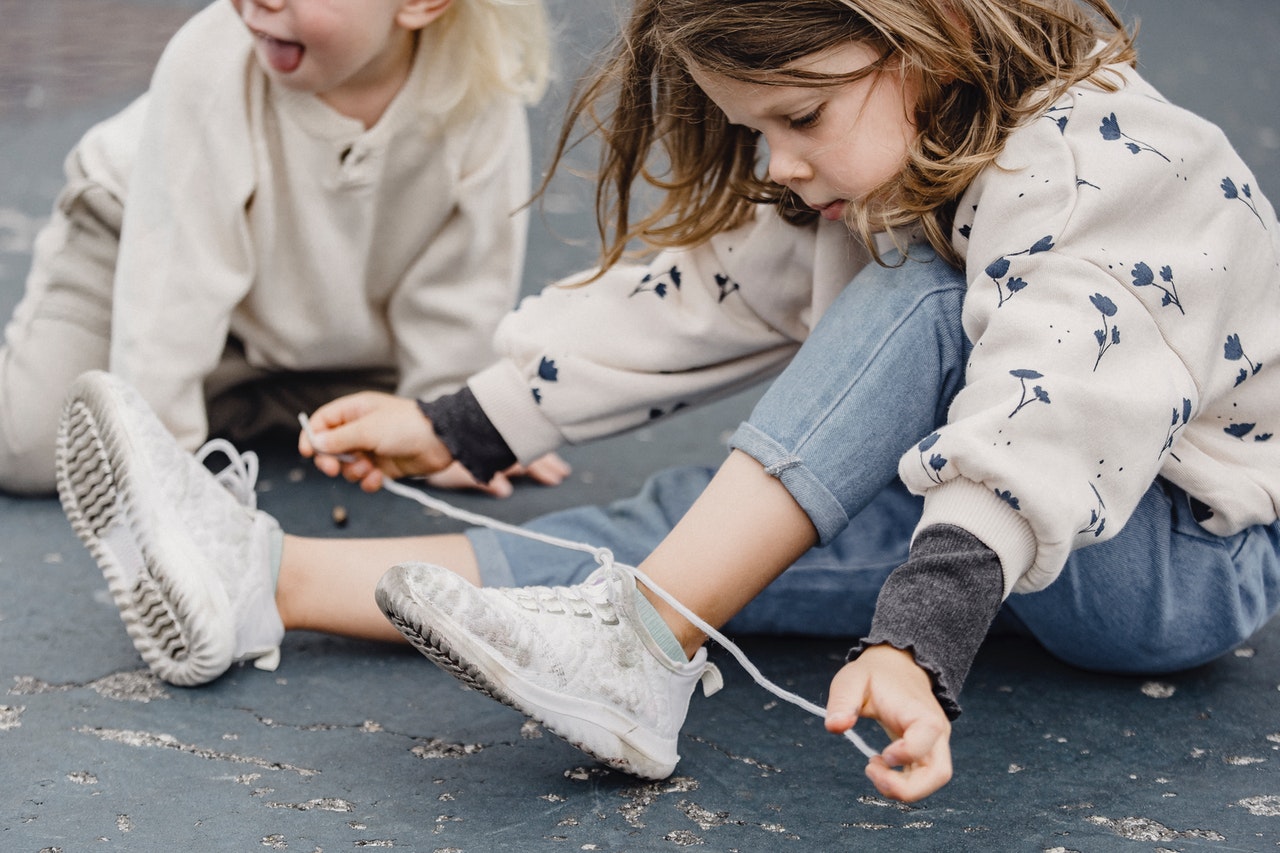 Photo by Allan Mas from Pexels

It is mistake-friendly and judgement-free

This is closely connected to the previous characteristic, since in order to have the initiative to try anything, a child needs to feel that he’s in an environment that allows him to make mistakes and that sees mistakes as a way of improving ourselves and of learning. The child needs to see also that the adults around him aren’t perfect, they make mistakes they admit to and ask for forgiveness, when needed.

So, yes the child will make mistakes, not once, but many times. He will do it the wrong way before doing it right. Thomas Edison said that he didn’t fail 1000 times, but that he found 1000 ways that weren’t working.

Yes, you can tie your shoelaces very well, you do it perfectly, but that is not the point, comparing your result to the child’s. It isn’t fair by any standards. The point is the process, practice, the gradual evolution of the child, who learn from his mistakes. Because through process and practice, by doing various tasks on his own, the child gets to develop and refine his abilities.

Photo by Alex Green from Pexels

The more he practices varied tasks, the better. In this case, less isn’t more, more is more. Allow his to do things, let him practice pouring, if he likes pouring. Mix it up, from jug to jug, from jug to cup, from bowl to bowl. The sky is the limit.

Observe the child, see what he wants to do, what he’s interested in, what he can spend a long time doing and give him the chance to do them. He likes to fold clothes, give him the opportunity to do that, put them on a bed or on the floor, label some baskets and let him sort them into categories. Trust him to do things, you’ll be surprised. And if you don’t trust him, how can he trust himself?

Activities for the child